In the spring of 2014, the College Board began releasing information about the Redesigned SAT, which will be administered for the first time in March 2016. Soon after the initial literature became available, the members of Method Test Prep's content development team met to discuss the major changes to the SAT, and to determine how Method Test Prep would prepare to serve educators, parents, and students in light of these changes.

THIS THING IS ROUGH

As more material was released, it became clear that the Redesigned SAT would be a more challenging exam than the current one. Several of the changes in the English-based sections make for a more rigorous test of reading and grammar, but the Mathematics sections take the cake; indeed, the relative difficulty of the mathematics on the new test took all of us on the content team by surprise. In fact, we came to two conclusions relatively early on. Either:

Whether #1 will happen remains to be seen. However, we no longer have to wait to see if #2 is correct. Just this week, the College Board released the scoring scales for the four official Redesigned SAT exams it has posted. Here's what we found when we analyzed the numbers. 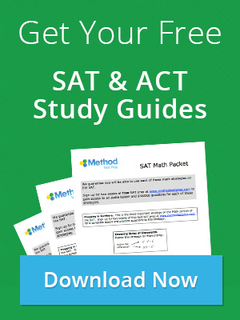 If you're interested in the technical details, read the table below along with the details in the Explanation text. If not, there are some clear conclusions. The most interesting trend behind these numbers arises in the bottom two rows of the table. Notice the differences in the percentages of total questions students must answer correctly to earn the scaled scores at the top: they're huge. The differences are best understood by observing the table's final row, which shows the percent differentials. For example, to get a 700 on the redesigned SAT's Mathematics section, students could afford to answer only 82.8% of the 58 total questions correctly. This is 8.4 percentage points lower than the percentage of total questions students would need to answer correctly on the current exam's Mathematics section to earn the same scaled score. As we move down the scaled scores, the percent differentials become even higher. The conclusion: the redesigned SAT's Mathematics scoring scale has been tweaked to provide a much more substantial cushion than its current counterpart.

A quick but important word of caution. As noted in the explanation above, we're not yet certain that, say, a "500" on the current SAT's Mathematics section will be equivalent to a 500 on the redesigned test's Mathematics section. We'll know more in May 2016, when the College Board publishes concordance tables that will allow us to compare "old" SAT scores to the new ones. At first glance, however, the difference is pretty extreme, and we think we know why: the redesigned SAT's math is, in a word, difficult, and the scales that will be used to score it reflect the new test's challenges in a big way.

Explanation: The table above gives four benchmark scores in intervals of 100 points on the Mathematics sections of the current and redesigned SATs. The third, fourth, and fifth rows of the table show the total number of raw points, total number of questions correct, and total percent of questions correct that are needed on the Mathematics sections of each exam for a student to achieve each benchmark score. *On the current SAT, there are 54 total mathematics questions. On the redesigned SAT, there are 58 total mathematics questions. **Calculated as (54 – ((4*(54 – r))/5), where r is the number of raw points needed to achieve the given Scaled Score. On the current SAT, there is a "guessing penalty" for incorrect answers on multiple choice questions: students will lose 1/4 of a raw point for each wrong answer. Thus, to achieve the number of points shown in the "Fraction of Raw Points Needed" row, a student must answer this number of questions correctly on the current exam. Note that this calculation was made assuming a student answered all questions (no omissions), and that no points were lost on the ten "student-produced response" ("grid-in") mathematics questions, which are the only questions on the current exam for which a wrong answer does not cost students 1/4 of a raw point. There is no penalty for incorrect answers on the redesigned SAT. ***The College Board has not yet produced concordance tables that compare scores on the 800-point scale on the current and redesigned SAT. Therefore, we do not yet know with certainty that a 500, for example, on the current SAT's Mathematics section is equivalent to a 500 on the redesigned SAT's Mathematics section. The College Board has announced that concordance tables will be released in May 2016.****Calculated as (Percent of Questions Correct Needed on Current SAT) – (Percent of Questions Correct Needed on Redesigned SAT).

Mark your calendar! The SAT test dates for the rest of 2011 are: 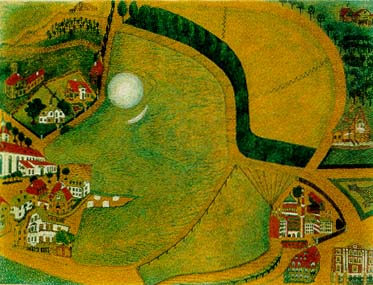 The College Board recently released the SAT testing schedule through the 2018-2019 school year. Of note are two significant changes taking place in 2017 and 2018. For...